If you are like most Los Angeles residents, then you will probably take any chance you get to avoid the Southern California gridlock. Our highways are more congested than ever, and many people are consequently choosing to bike to their destinations whenever possible. While this eco-friendly alternative to driving will save you gas and help you stay in shape, the roads of Los Angeles are notorious for being unfriendly toward cyclists.

In today’s post, we will review some of the statistics pertaining to cycling injuries and deaths in Los Angeles. If you or someone you know has been injured on a bicycle, then get in touch with the bike accident lawyers at Los Angeles City Law for a free case evaluation.

A recent article published by Los Angeles Daily News reports that bicycle accidents in Los Angeles have tripled this year. While we won’t know the extent of the data until later in 2019, it’s clear that the streets of Los Angeles are highly dangerous for cyclists. The Los Angeles Times recently published a report stating that cyclist, driver, and pedestrian deaths all saw a sharp increase in 2016. The article reports, “[Los Angeles] saw about 55,350 traffic collisions in 2016, which represents a 7% increase over 2015 and a 20% uptick from 2014. Those crashes include collisions between drivers, between drivers and pedestrians or bicyclists, and hit-and-run and DUI-related crashes.” 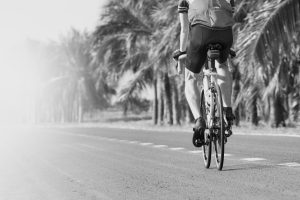 As we mentioned in a previous post, city officials are taking measures to improve the safety of cyclists and pedestrians. Initiatives such as Vision Zero are attempting to end traffic-related deaths by the year 2025, and part of this initiative involves lowering speed limits and adding bike lanes to many of Los Angeles’ most popular streets.

As you may expect, vehicle advocates are not happy about these initiatives. Opponents argue that adding bike lanes to already-crowded streets will only serve to worsen Los Angeles’ congested streets. Moreover, rideshare applications are now directing drivers to use side streets and residential routes in order to avoid major highways, but these are the same routes that many cyclists use in order to keep themselves safe. So, they argue that it is unclear as to whether adding designed bike lanes to the main roads will really improve public safety, as many cyclists have already found alternative routes.

We will not take a stand on this issue in today’s post, but we feel that the controversy in our local area deserves some attention.

As Los Angeles’ premier personal injury attorneys, we believe that the victims of bicycle accidents should receive the compensation to which they are entitled. We know that many insurance companies will fight tooth and nail to deny your claims, but our bike accident lawyers are prepared to help you with the competent, client-oriented representation you need. Whether you need to pursue damages for lost wages or a life-altering injury caused by the negligence of another, we will stand behind you and fight to win your case.

We recover no attorney fees until we have won your case, so call our personal injury attorneys today at 866-999-6640 to schedule your free case evaluation. 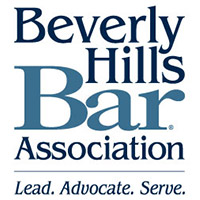